I have always had a passion and love for food, and that has always been easy to see. During my childhood I coveted my hidden stash of junk food and candy (those constant doses of antibiotics are starting to make a lot of sense now) and later, during my art career (in college),my work subconsciously evolved around food (seriously, I only painted candy for a long time).And from way back when, as soon as I was tall enough to reach the counter, I loved  helping my mom prepare dinner and being in the kitchen. Simply put, food, in one way or another, was always my thing. And it still is today.

I wasn’t raised a healthy eater. I mean, we never had soda in the house or really terrible junk food, but my mom was a hard-working woman, and typically after-school snacks were prepared by me or my brother.Like any kid would do, we opted for  pretzels and tortilla chips, frozen pizza bites, packaged cookies, grilled cheese, or ordering pizza or Chinese food— you get the idea.

In college, while still eating poorly and going up on the scale, I started thinking more about indulgences in society, how food is portrayed to us in the media, and what the food we are eating is eating. I think I partially became more interested in this because I constantly had horrible stomach aches,  hormone and skin issues, and other ailments. Though I wasn’t ready to change my lifestyle at the time (wish I could give my twenty-year-old self a kick in the butt), I did start educating myself and thinking about the food we are consuming and its affect on society and our bodies.

During that time, I cut out meat for over a year. I couldn’t afford good-quality meat at the time and I thought this was a good solution. Makes sense, right? Wrong! 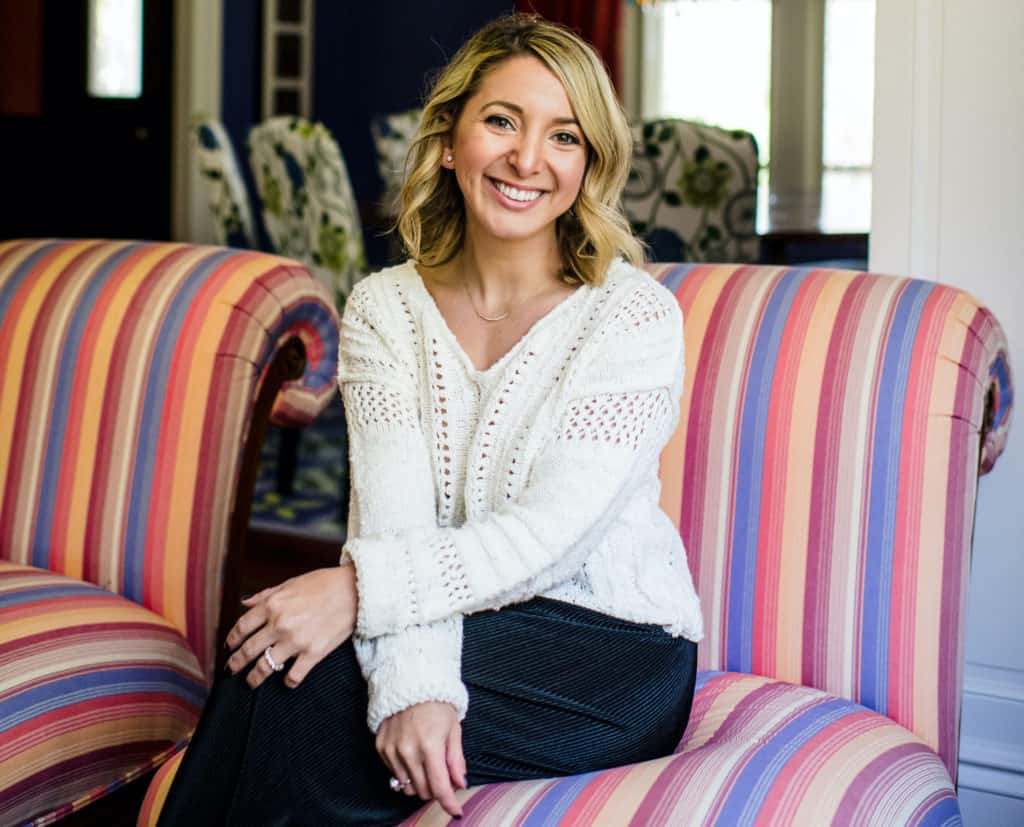 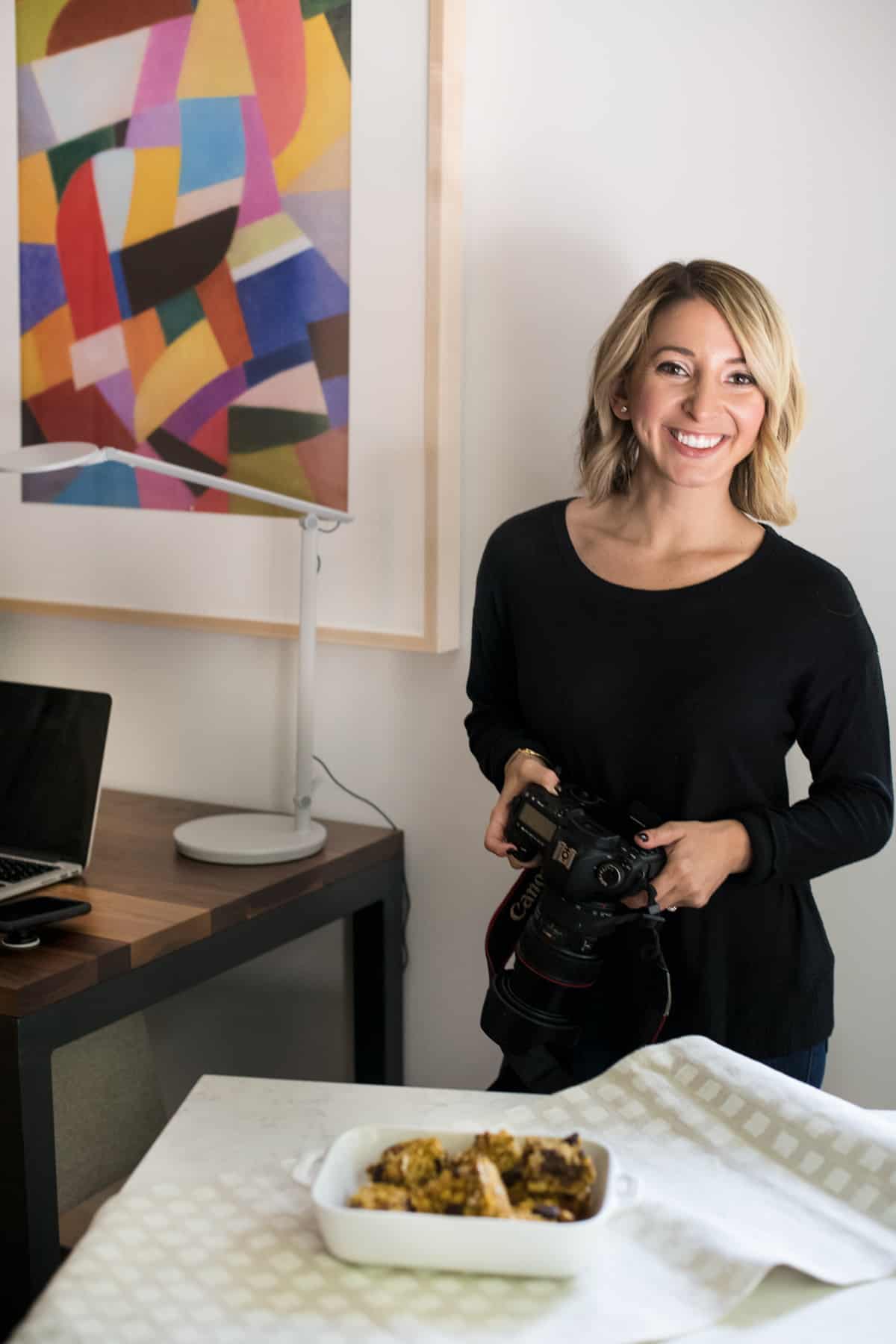 Because I felt hungry a lot of the time I ended up eating a ton of junk to compensate. This experience was an invaluable education: I learned that my initial reasoning was faulty,which ended up, down the line, being a huge step in the right direction.

It wasn’t until after college, and after graduate school, that I started thinking more intentionally about diet and exercise, and pay closer attention to how I was feeling—physically, emotionally, and mentally. I began to exercise more regularly, but my gastrointestinal issues were worse than ever and started affecting  my daily life. I didn’t want to go out or do things because I was so bloated and felt sick all of the time. I’ll spare you the details, but when you can’t go to the bathroom for days after days, it’s not a fun feeling.

Something needed to change.It was pretty clear to me that all of the ailments I was experiencing were gut related, so I decided to research foods that cause inflammation and foods that can prevent proper digestion. I decided to cut out gluten and dairy, and I was pretty strict about it. Just ask Mike who was shocked when I declined the breadbasket at dinner during the first number of weeks of my new regime. Guess what? Fairly instantly, I started feeling pretty good. Not amazing, but I definitely began seeing improvements across the board.

I slowly began to eliminate other trigger foods from my diet, such as grains, soy, and refined sugars(I put emphasis on slowly because I don’t love an all or nothing approach to diet). That was the turning point. From that point onI really started to see a dramatic change in my health. I was going to the bathroom regularly, I wasn’t bloated all of the time, I was feeling confident in my body, and I started having more energy. Added to all of that, I became more creative in the kitchen, excited to make delicious meals with the clean ingredients that were fueling my recovery. I began to realize that there were likely many people out there, just like me, struggling to heal various ailments or just wanting to be healthier, which I’d come to realize could be done significantly through eating real food. This motivated me to reach out and share my clean eating experiences, hoping they could be help to others.

LCL evolved from there! It is a place where I can be creative, have some fun with photography, create and test delicious recipes, and interact with readers on a daily basis. I couldn’t be happier and more grateful for this little corner of the Internet that I have since built.

Since then, I’ve continued to learn more about my health and fine-tune my diet.I  started seeing a natural doctorwho,with guided food experimentation and supplementation, helped me along on my path to further healing my ailments (whichI now know was a combination of Candida overgrowth and leaky gut, along with a few other things). I do believe that our bodies and our healing is anon-going process and,as a result, I am always learning and doing more to improve and feel my best.

I work daily on stress management, creating a more natural, less toxic home, and so much more. I’ve developed daily or weekly practices, such as meditation and working with a trainer, to enhance my quality of life, and go hand-in-hand with clean eating.

Today I can tell you that I don’t struggle with the gut issues I used to struggle with daily, I have more energy, my weight fluctuates less, and overall I feel pretty great, healthy and happy. I have also found a path of comfort and healing in mindfulness, mediation, and yoga practices.t

Now, do I ever go out and indulge on cocktails and less clean food than you will find here?

YES. I do and I am completely comfortable sharing that. It is important to remember to have balance and to know and listen to your body. When I was sick all of the time, I couldn’t go out and indulge and enjoy, because I would feel terrible later. Now, I have gotten my body to a point and where on occasion I can and I do! Think of it as an 80/20 or 90/10 approach where you let yourself enjoy and have what you want, but the larger percentage of the time you are eating clean (and that doesn’t mean boring!).

Simply put, I love sharing my experiences and recipes with all of you, to encourage you to join me on this path to living a fruitful life. Whether it’s baby steps, you already eat healthy, or you decide to try something new, it’s no secret that real, clean food is the answer. I just know you will feel wonderful!

STAY IN TOUCH WITH LEXI'S CLEAN LIVING via YOUR INBOX 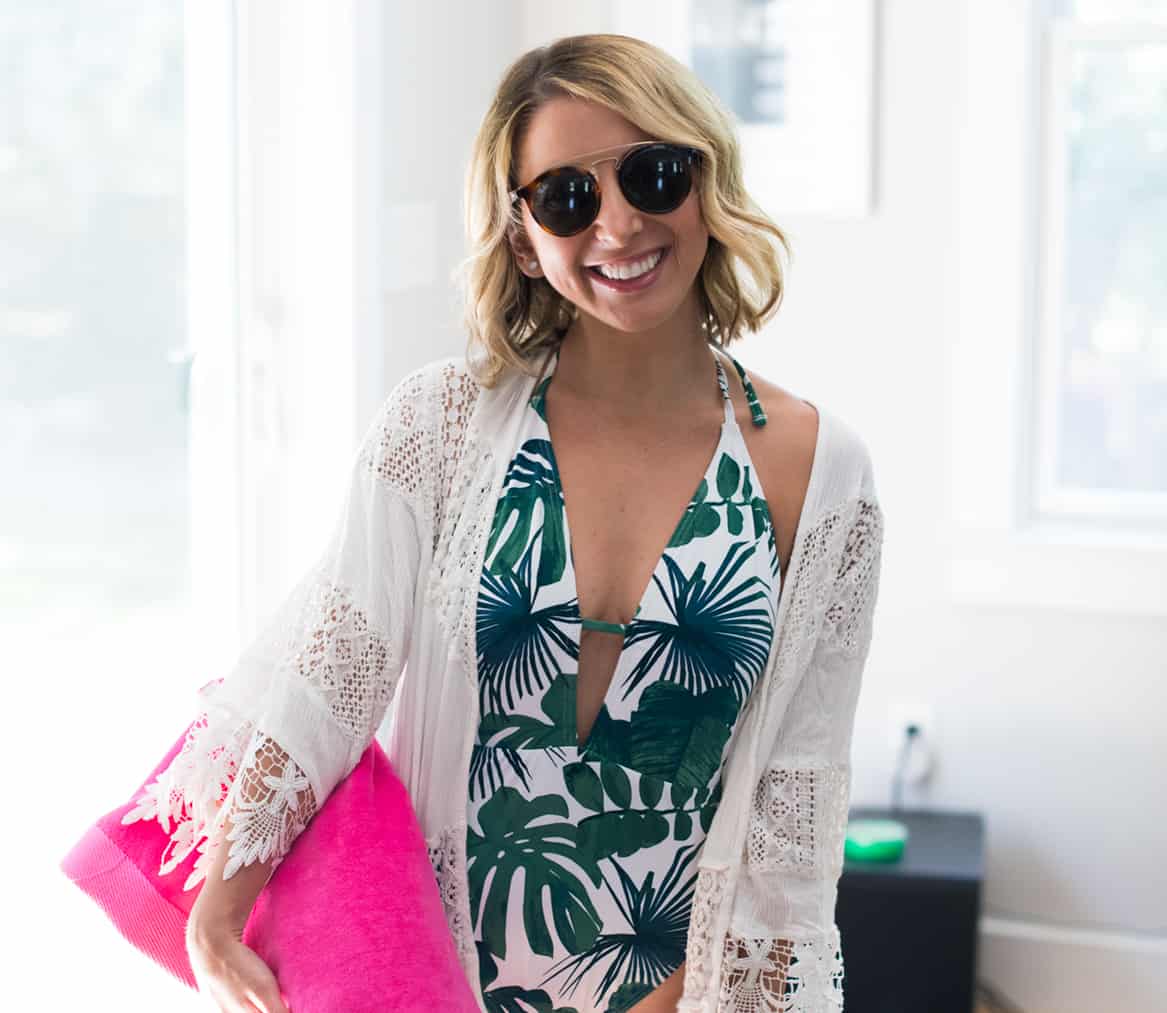 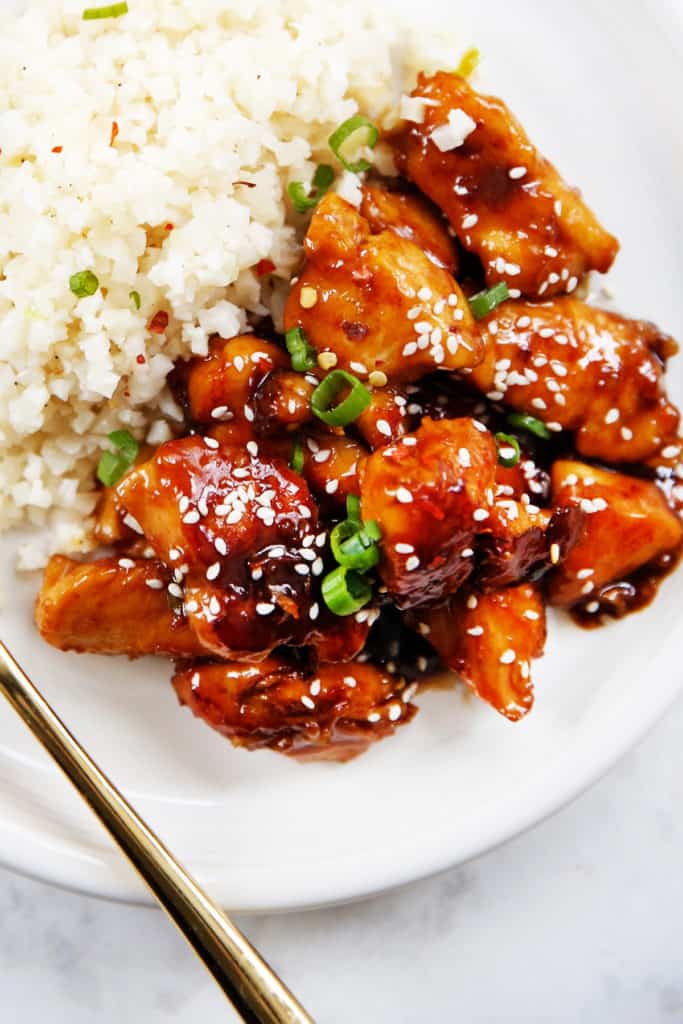 With over 900+ recipes, there’s something for absolutely everyone! 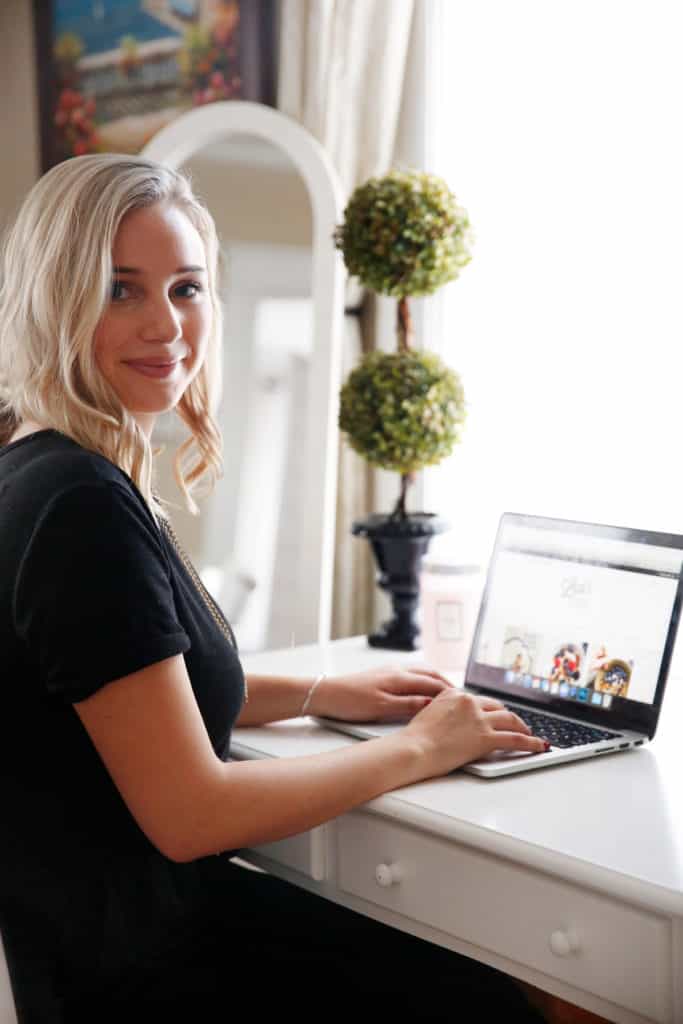 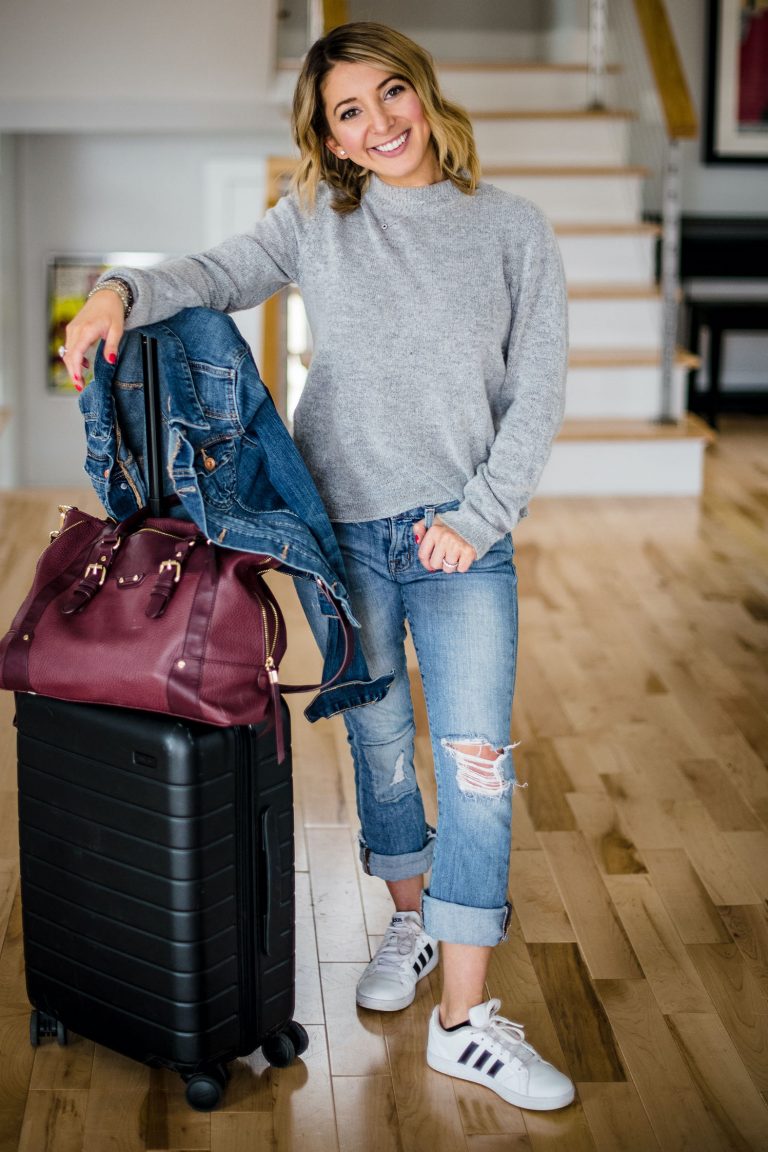 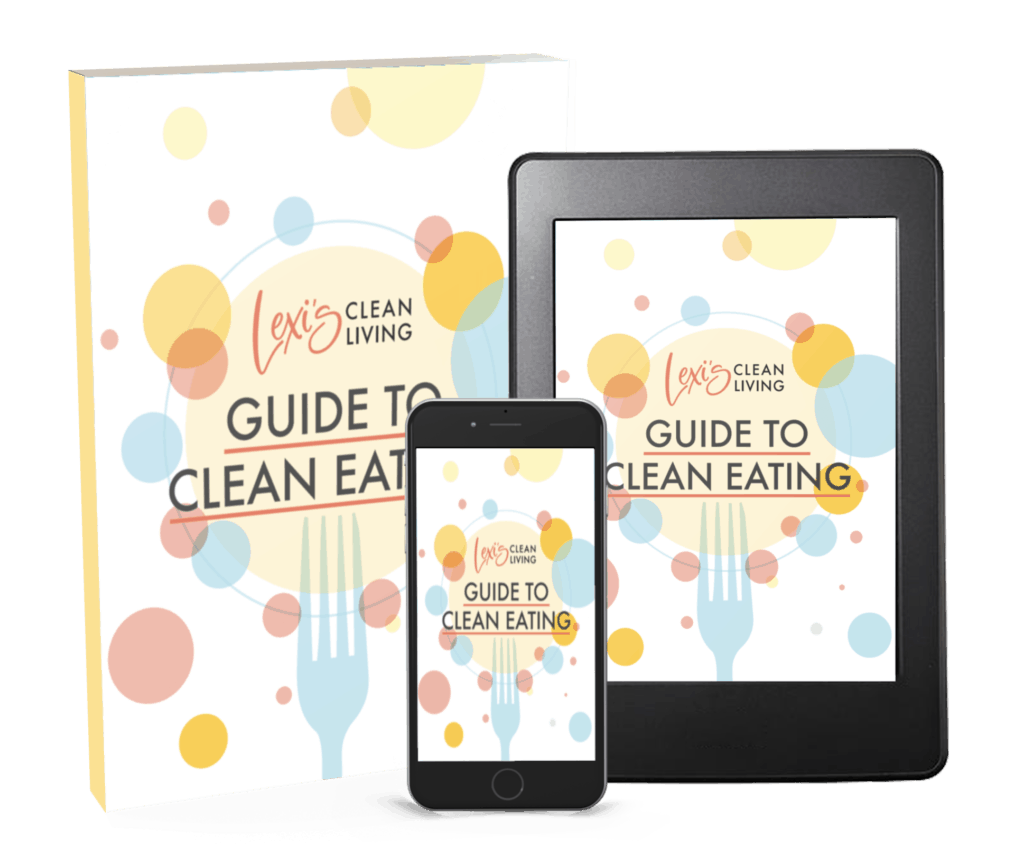 Join our email list to get our weekly newsletters, special exclusive offers, and our complete clean eating guide for FREE.

Save Print Share
YES, I WANT IN!
X
NO THANKS, I'M GOOD
OK, THANKS!
AdBlocker Detected
Some elements of this website will not work correctly while your adblocker is enabled. Please disable your adblocker and reload the page.