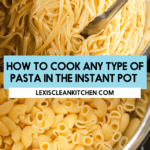 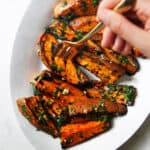 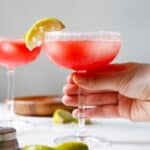 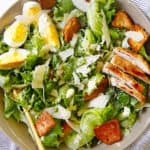 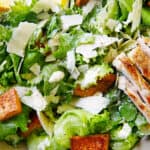 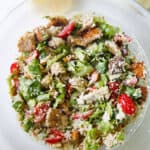 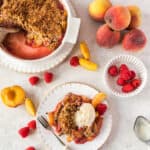 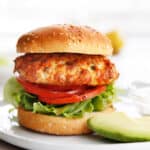 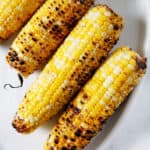 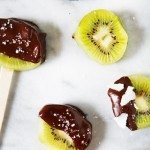 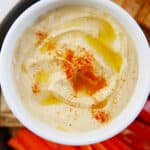 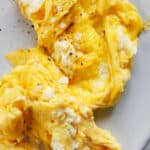 Whenever we make something in the Instant Pot, we always ask ourselves this question: Does cooking this in the Instant Pot improve upon the traditional method, either by time or final result, at all? And if the answer is yes, then we happily will use our Instant Pot for it. Cooking pasta in the Instant Pot offers a great alternative to heating up the kitchen with boiling water (and straining the pasta), just takes one push of a button, and it can result in some pretty amazing one-pot pasta dishes. Does that mean we will never boil pasta on the stovetop again? No. But this method is great to have in your back pocket for certain pasta dishes and easy weeknight meals.

Plus, our method is a one size fits all recipe that can be used for nearly any shape or type of pasta (mostly, more on that below)!

Cooking Any Type of Pasta in the Instant Pot

We wanted to create a recipe that you can use for cooking any type of pasta. During our research over the last few months, we’ve tried out at least 14 different types of pasta using this recipe. We’ve had large degrees of success with almost all of them, with some variables.

Before we go into this, we have a caveat: What we’ve learned over many years of developing recipes in the Instant Pot is that despite this appliance claiming it works the same across the board, we’ve found that not to be true. So while we’ve had great success using this method of cooking nearly any type of dried pasta, you may need to tweak our recipe a bit based on your specific Instant Pot or other brand of pressure cooker.

We’ve tried this recipe with three different types and sizes of Instant Pots with success, but be open to the idea that you may need to slightly tweak this recipe to get your exact desired results for whatever recipe you are using. We really wanted this recipe to be fool-proof but in the end there are too many variables. The variable here is the altitude of where you live, the type of pasta you are using and your specific Instant Pot. But we are confident that this recipe is pretty close to perfect, and has worked for so many different shapes and types of pasta for us.

However, we’re sharing this recipe because we’ve found it infinitely useful for making pasta, and think you will too.

Regular wheat pasta cooks the most consistently in the Instant Pot. Gluten-free pasta can vary wildly in terms of the ingredients (ranging from corn or soy flour, to brown rice or quinoa flour). We’ve found the biggest issue with cooking the gluten-free pasta has been excess starch escaping from the vent. But don’t worry, we’ve come up with a method of dealing with this that we dive deeper into below.

Our Method of Cooking Pasta

Our method for cooking any type of pasta in the Instant Pot is a bit different, and we’ll explain how we came to it below. But first, here is our basic method:

So what’s the science behind this? It’s simple: the pasta is already cooking during the time it takes to come up to the pressure, and the pasta continues to cook when the pressure cooker clicks off. The reason we do it this way is to minimize the Instant Pot from “boiling over” with starch. This looks like starch spewing out of the pressure release knob.

Excessive starch was the biggest issue we encountered with cooking pasta in the Instant Pot, especially gluten-free pasta. What we know is that when the pressure is released, the water rapidly boils up, and with it all the starch. By using our method of cooking it until zero minutes, and then letting it naturally release for 3 minutes (while the pasta continues to cook), the boiling isn’t quite as rapid when we release the pressure, which curbs the starch from shooting out. Though, it still can happen depending on the type of pasta. But have no fear, keep reading for our solution to that.

How to Stop Starch from Shooting Out

As we mentioned above, our primary goal with this method fo cooking pasta in the Instant Pot is to prevent starch from escaping during the release, and spraying starchy liquid all over your kitchen. In fact, it was one of the first times I cooked gluten-free pasta in the Instant Pot when I did not know how to react when the starch started spewing everywhere in my kitchen. Everything in the vicinity of my IP was covered in a starchy slime, and I feared that my Instant Pot was ruined since so much had come out from the release valve. Luckily, a few cycles through the dishwasher and taking apart the valve to clean it saved it.

But how to prevent the starch from escaping in the future? The first step was coming up with this method for cooking it which reduces the amount of starch that escapes to begin with. It truly makes a difference. But the next step was stopping the starch from coming out, without overcooking the pasta, if it does occur.

If a lot of starch starts to spew out of the pressure release valve, using a towel, carefully shut the valve, and let it stay closed for 20 seconds. After 20 seconds have passed, you can release the valve again. You can repeat this process as necessary until all the pressure has released. This helps control the temperature and rapid boiling with the Instant Pot, which reduces the starch from escaping.

One other trick is to halfway open the valve, so that it only slowly lets the pressure release. Slowing the release of the pressure helps keep the starch from bubbling up.

Why Can’t I Just Cover the Release Valve with a Towel?

If you are asking this, you likely haven’t read your manual. While it might be tempting to let the pressure just release while covering the valve with a towel to stop the starch from going everywhere, the Instant Pot instructional manual explicitly states that you cannot for any reason cover the pressure release valve with a towel, for safety purposes and for the health of your Instant Pot. So that is the reason for coming up with a way to deal with the escaping starch!

To Drain or Not to Drain

And here is where the magic lies with Instant Pot pasta: you don’t always have to drain the pasta! Using this method for cooking pasta results in most of the water being absorbed into the pasta. When it’s finished there will be just a little bit of water leftover. You can then toss your pasta with your sauce, or make one directly in the Instant Pot such as Mac and Cheese.

However, you can drain the pasta too. And you should if your recipe calls for it, such as a Macaroni Salad.

One word of caution about cooking pasta made from different grains, such as a brown rice flour: When you are making non-traditional pasta, the leftover water might be too starchy and sticky to leave in a recipe. In that case, rinsing and draining the pasta will do the trick of eliminating that less-than-desirable starchiness.

So you’ve used our method of cooking pasta in the Instant Pot, but still ran into trouble. While a lot of this information is already covered above, we’ve condensed everything here for an easy read.

The pasta spewed out starchy water during the manual release! This can happen, depending on the type of pasta you used and a few other factors. To control the release of the starch from your pressure valve: using a towel, carefully shut the valve, and let it stay closed for 20 seconds. Then, you can release the valve again. If in a few seconds or a minute it begins again to spew the starch, repeat the process of closing the valve for 20 seconds, and then reopening it. This helps control the temperature and rapid boiling with the Instant Pot, which reduces the starch from escaping.

The pasta stuck together! Make sure to stir the pasta immediately after you release the pressure. This prevents any sticking from happening.

The pasta is overcooked! Yes, we’ve had this happen with a few gluten-free pastas that had trouble with the natural release getting delayed due to excess starch release. Unfortunately, there is no going back from overcooked pasta. We made note of those brands and shapes and didn’t use them again in the Instant Pot. We hesitate to share them because we are not convinced they have a universal problem cooking in ALL Instant Pots, but merely didn’t work in one out of our 3 different tests. As stated above, this recipe works for nearly all pasta, but it can vary depending on your type of pasta and Instant Pot.

That pasta is undercooked! We’ve never run into undercooked pasta by using this method of cooking pasta. The closest we came was to having al dente thicker pasta, such as rigatoni. If you don’t like al dente pasta, add an extra 2 minutes to the natural pressure release in the future to that specific type and brand of pasta. If you are looking to save your pasta currently, you could add in a bit more water and press the saute button and boil it until it’s cooked to your desired texture.

The pasta has in super sticky gooey water! Depending on the type of pasta you are using, this can happen. Usually, with gluten-free pasta made with alternative flour, the leftover water can have an undesirable starchy liquid. One way of telling if this will happen is to read the instruction on the pasta box. If it tells you to rinse, then you’ll want to rinse!

Recipes to Use for Instant Pot Pasta

If you like this cooking tutorial, check out these others: 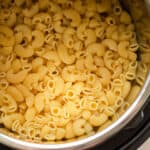 Do you normally add oil in with your boiling pasta? If yes, it’s safe to add it in here too.

If using gluten-free pasta, especially brown rice pasta, let the pressure naturally release for only 2 minutes. Gluten-free pasta appears to have the biggest problem with starchy water releasing from the pressure knob. Because of this, you’ll need to close the valve usually at least once or twice when you are releasing the pressure, to prevent the starch water from spraying out of the release valve, so the overall cooking time will increase a bit since it takes longer to release the pressure.

In addition, gluten-free pasta leaves very starchy water behind. For most recipes, it is too starchy, and the pasta should be rinsed before using. But this is based on your preference.

If your pasta is too long to fit in the Instant Pot, such as spaghetti, simply break it in half.

This recipe was tested on 3 different Instant Pots. We know that there are a few models out there with a different pressure release valve that has a plastic cover on it. We have not tested this recipe with that valve, and are unsure of how it works. This recipe relies on the ability to control the pressure release, as needed.

Keywords: How to Cook Pasta in the Instant Pot 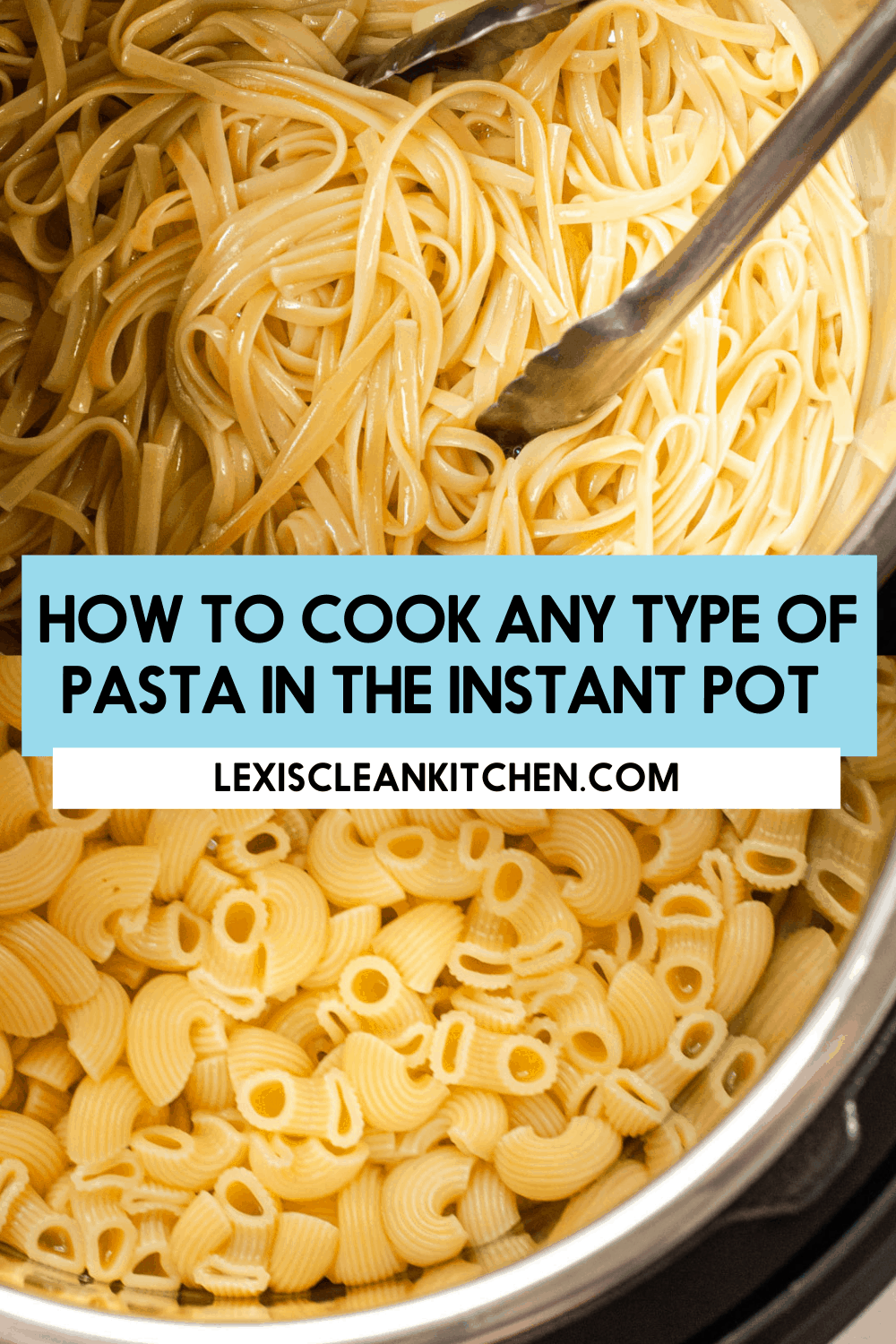 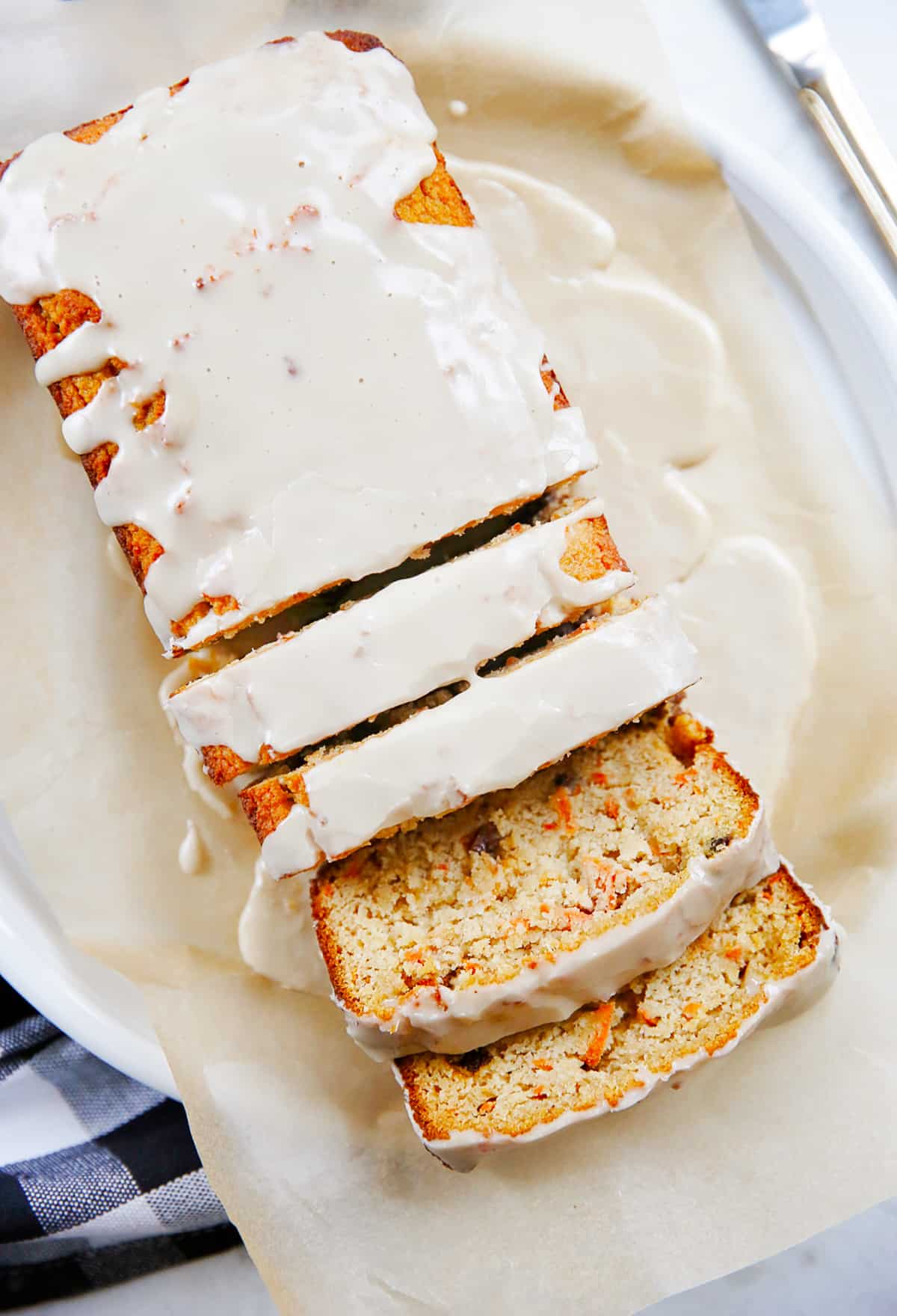 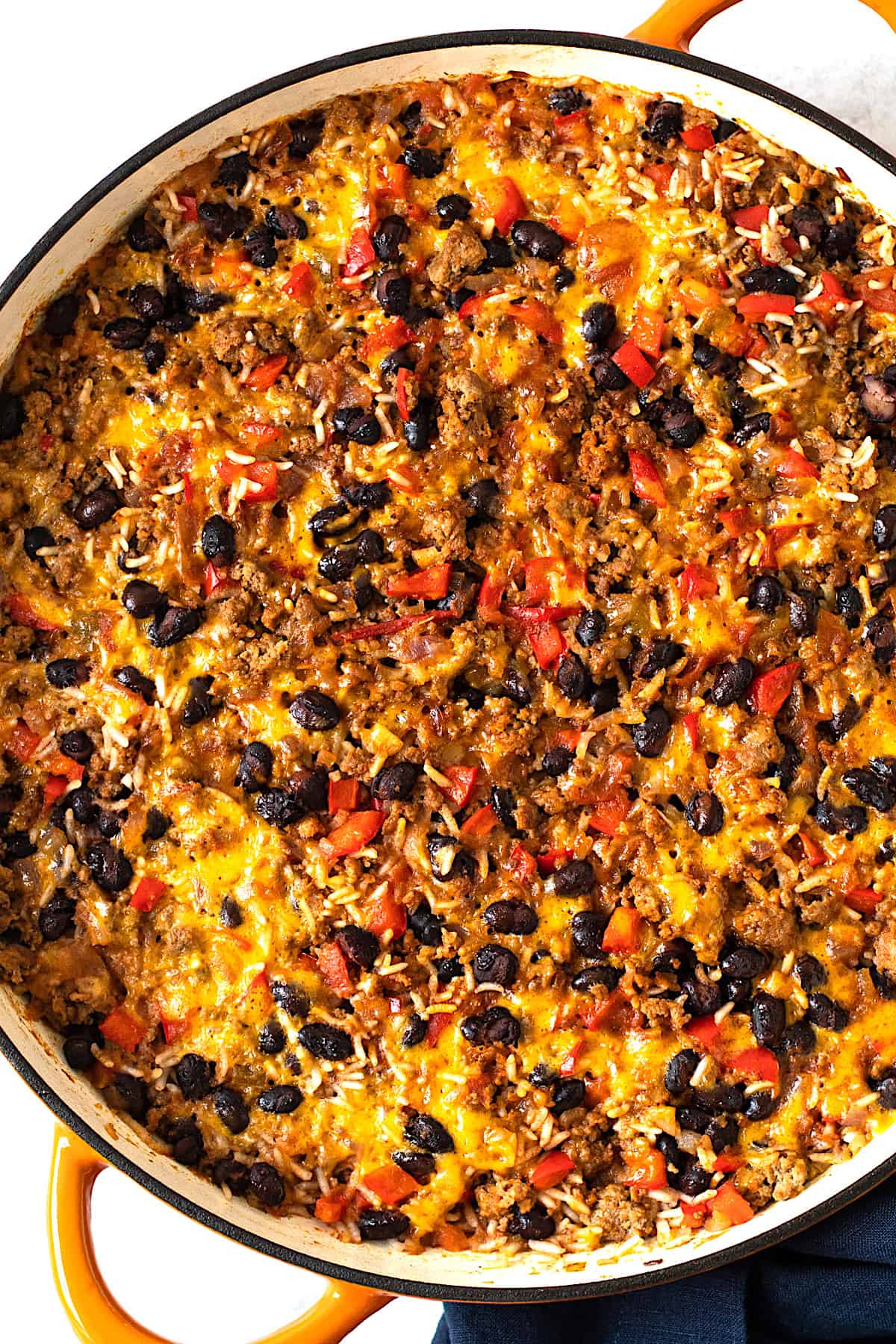 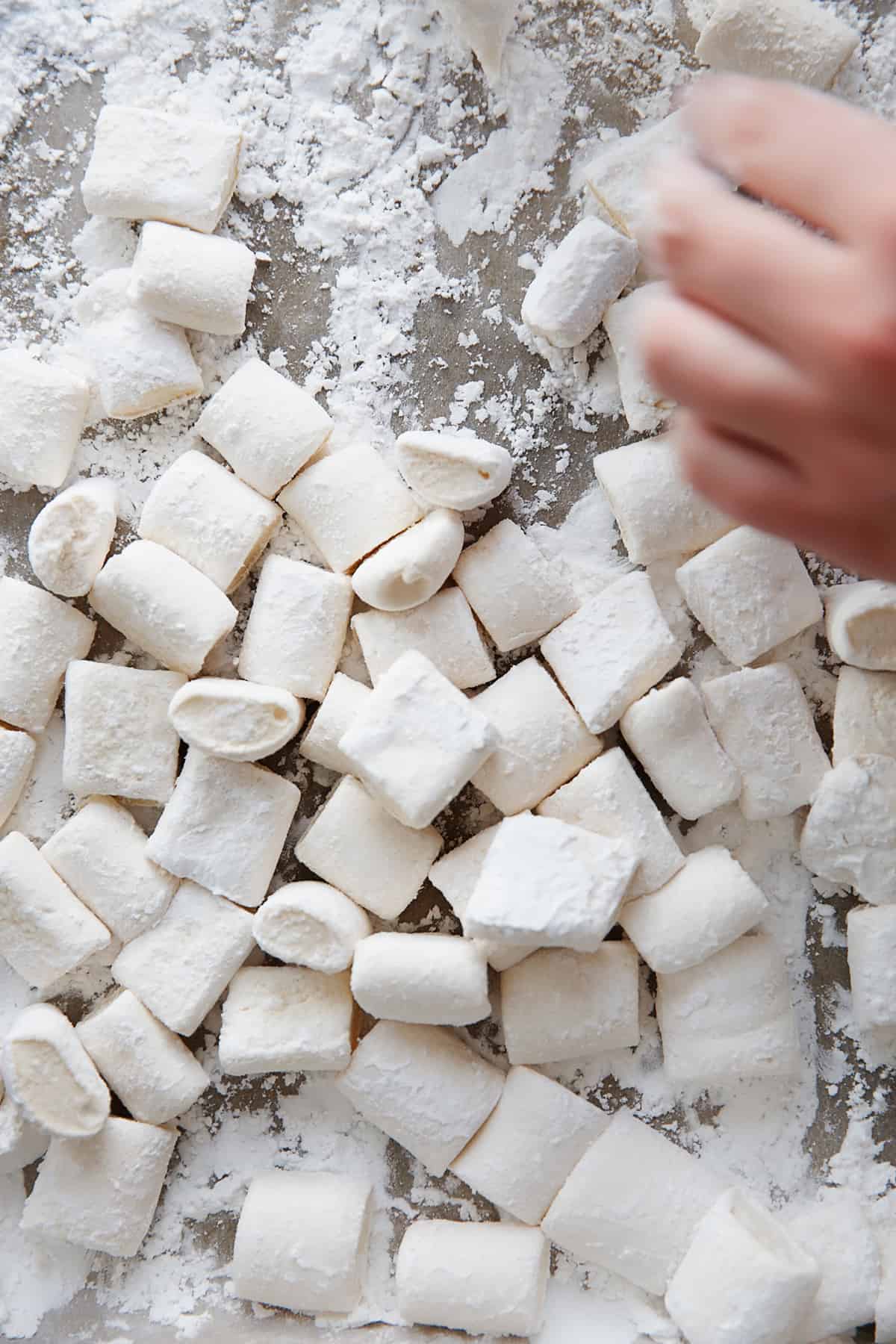 How to Make Marshmallows (Paleo)